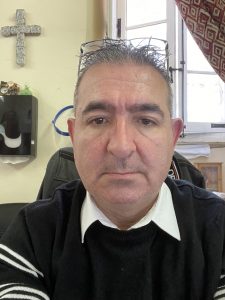 Joseph Galea’s background is in general nursing. Later on, he specialised in psychiatric nursing.

In 1985, he became a certified Registered Nurse (RN). In June 2008,
he graduated with a Bachelor in Mental Health Nursing and became a Registered Mental Nurse (RMN).

He earned a Bachelor’s degree in Business Aministration (2010) and a Master’s degree in Mental Health Nursing from the University of Malta (2013).

Additionally, he is qualified in dealing with substance misuse cases and is an instructor in physical intervention/de-escalation techniques.

Joseph has occupied various roles within Malta’s mental health services. Most of his work has centred around substance misuse services, specifically detoxification and drug rehabilitation centres.

He is currently working as a Senior Nursing Manager and lecturer at Malta Leadership Institute.